What can you do …

when you are trapped between that realm of normalcy and  insanity?   A tough question with no easy answer.  After  years of battling hours, days, even weeks of rapid cycling, I still have nothing to offer.  When those times come about, it seems that we, as beings, cease to belong to the world around us.  Everything is distorted and there is no orientation or order to any of it.  It comes down to the ability to realize what is happening and take it, as much as possible, in stride, until it passes.  I’m sure there are many people who have no idea what “rapid cycling” is and do not recognize it when people they know are going through it.  To the “normal” person, it looks like acting out or even attention seeking behavior.  Without knowledge of the situation, it would seem, and aptly so, that the person you know has become someone that you cannot comprehend.  I suppose, without actually meaning to be, this post is as much for the people who cannot fathom a place of uncertainty,  and downright dubiety than for those of us who know it more intimately than we would like.

Rapid cycling is a real and, most often, a permanent thing.  I am blessed to only have this occur once or twice a year; not so in my youth as it would happen two or three times per month and could, in the worst of times, last a week or more.   It is not uncommon for rapid cycling to last for months or even a year, but for the rest of us, the lucky ones,  rapid cycling comes with little or no trigger and can last as little as four hours.  The mood swings are awesome and completely, enigmatically  exhausting.  By the time it is over, I usually feel like I have been ran over by a very large, heavily loaded truck.  My brain is foggy, my senses slow and my reflexes, at least for a short time, are nonexistent.  In the grand scheme of things, it is not dissimilar to a seizure that lasts for hours.  Right and wrong seem to meld seamlessly and, from previous experience, it is most important to try to maintain control during one of these episodes.  After all these years, I have learned the warning signs and work very hard to isolate myself, as much as possible, until it has ran its course.

I know, without reservation, that there are others who feel the same way.  It makes me feel extremely vulnerable to speak of such things, but one person’s experience can often mean the difference between making or breaking to someone who feels the devastating, overwhelming range of emotions that define who we are at a given time.  Everyone experiences, at some point, sadness and joy, but this goes beyond that.  It is joy that is so inexplicable that jubilant takes a back seat; sadness that threatens our very being and, in the midst, every conceivable emotion in between.

I subscribe to the supposition that most adults have, at this point, learned to recognize the warning signs and may even be able to pinpoint the triggers; for that reason, this post is not directed to you.  It is directed to younger people who have thoughts and feelings that they cannot understand and find that, when trying to describe it, the people they love and trust do not understand.  It is important to know that it is likely that they will never truly understand.  They will accept you, humor you, try to get you, but unless they have experienced the phenomenon, they will not ever really and truly know what you speak of.  BUT … that doesn’t mean that there aren’t people who do.

Look inside yourself, learn to know the warning signs and be aware of the consequences of rash and often, irrational choices.  Even when you feel out of control, at the core, you are in control.  The decisions and choices you make, the roads you take, the destinations you choose will all define who you are in the end.  Just because you have moments of weakness doesn’t give you free reign to make poor choices.  It is of inimitable importance that one understands the state they are in and realizes that the choices they would normally make are much, much more complicated during this time.

If I can do nothing else, I encourage everyone to learn about rapid cycling so that when faced with it, whether personally or through someone they know and love, they will understand that it isn’t something that can fixed by advice.  It can’t be fixed by instruction or direction and it has no understanding of “buckling down”.

It just is.  And, as quickly as it comes, it will end.  Have faith that God will not let you destroy yourself and know, with certainty, that this too, shall pass.  I tell you this from experience so that  you, whoever you are, will know that you are not alone.

I believe in an Awesome God and know that the experiences and trials we face will help us help others.  If I didn’t believe in God and the unshakable Spirit of Christ, then I would be certain that I was cursed.  But I am not cursed, I am me and I will make the very best of it that I can.  Be encouraged and then encourage others.  Your life will be richer for it. 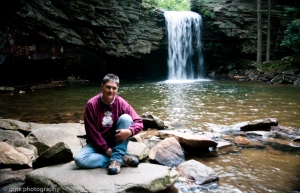