It is a rare thing …

for me to do a follow up to a previous post, however, on this night, the words were in my head and thus made their way to my fingertips that were writing my blog.

It was an ordinary day, just like any other ordinary day.  Well, maybe not just like, but similar enough to be considered so, anyway  The thing about my ordinary days, though, is that they are are different from what others consider ordinary. I know that I am not alone with this thread of consciousness, or lack of it, whatever the case may be.

It is for those that face the same fears, the same anxiety, the same repetitive actions that this is for.  To bring hope.  To bring encouragement.  To bring solace.

It was long day.

It was anxiety filled.

It was, at times, difficult.  But in the end, I didn’t have another panic attack and for that, I am sincerely grateful.

I feel as though I have dodged a familiarly dangerous bullet.  I tried, last night, after such an incredibly difficult, disheartening day, to imagine myself before … when I had felt out of control and lived in a state of perpetual panic.

That is a good thing, I am certain.  Nothing I have faced since that time has been as bad … as dark … as confusing.  I hope to never reach those depths again.

I haven’t forgotten it, but I don’t dwell on it, either.  I was fearful, after yesterday, that I would slip back into the old OCD habits and find myself  unable to sleep, late for work, unable to drive without pulling over and putting my head between my knees; unable to function as a normal, living, breathing human being.

I was frightened.  I admit it.

But I lectured myself before turning in last night that I would not face this day with panic.  And I didn’t.  I rose an hour earlier than usual in the event that the steps on my porch  posed a problem and became an obstacle rather than what they simply were; steps on my porch.

As it turned out, I ran down them, jumped in my car and actually beat the scool bus to the road.  If it hadn’t been so cold, I would have put my convertible top down and arrived at work feeling completely human and not only semi-so.

I spoke to my mom tonight and told her of yesterday’s occurrences.  I expected, and received, no judgement from her.  She knows that I have rituals that I go through.  She knows that I am not, though I wish to be, what the world considers to be normal.

She knows about the counting.

Nobody, not even she, knows how severe it can be or how much it rules my life.

Nobody, that is, until now.

I have opened myself, a part of my psyche that shames and humiliates me, to others who are shamed and humiliated as well.  The shame is self-centered, the humiliation born of a life of trying to fit a round peg into a square hole only to find, again and again, that it doesn’t fit.

I know there are others and I suppose I don’t want them to feel as alone as I sometimes do.  I try to not be ashamed of who I am when I am not myself, but it isn’t always possible.

These are the realities we face.

I know what triggered yesterday’s event.  It was the realization that I no longer trusted someone that I thought I could.  It sent me reeling, and I didn’t fully realize it until it was too late.  I was too caught up.  I was too far gone at that moment to stop the attack.

It is frightening, but it isn’t the end of the world.

It seems like it, at the moment, but it isn’t.

I write this to encourage everyone who has moments when they feel like they are slipping.  It happens.  We are who we are.  Our brains function entirely differently than the best part of the world’s population.  That doesn’t make us wrong, only different.

I’m not going to beat myself up over this event.  I am going to treat it as just another blip on the radar.  I am me.  I am ok.  I am a survivor.

For those of you reading this that see yourself in this and in the my previous post,  http://wp.me/p1CqmN-ZH , so are you; a survivor, that is.  There is nothing that I or you can’t accomplish.  It may simply take us a bit longer because there are rules to follow and things to be counted.

That is just how we roll.  So roll with it and know, beyond any doubt, that you, and I and all the others are going to be just fine. 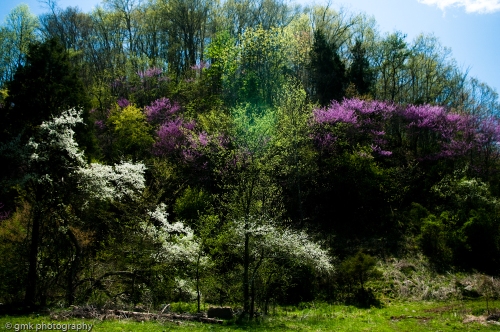