always seem to happen at the least convenient time.  I was just about to clock out at work today and meet an old friend for dinner.  We hadn’t seen each other in over a year and were going to celebrate our birthdays; mine near the end of November and hers three weeks later.

Just as I was gathering my things, I got a text from my mom telling me that my sister and cousin had been in a wreck and were at the hospital.  Needless to say, all thoughts of meeting up with old friends flew out the window.  Two distinct images came into my mind: first, her Mercedes, crumpled and broken; second, my nieces in the back seat.  As it turned out, she wasn’t driving the car but the Suburban and thankfully, prayerfully in gratitude, the girls weren’t with her.

After reaching my mom on the phone, I was able to discern that there were scans and xrays being performed and I made haste to get to the hospital.  It never changes.  That feeling of heading toward the hospital uncertain of what you’ll find when you get there.  You have details, but they are sketchy and leave way too much room for fodder.  Then there is the clerk at the desk who has to ask five times for the name of the person you are looking for so he can find them in the computer.  At long last the magic doors to the bowels of the ER are opened and I am allowed entrance.

Why should this time be any different than any other time I had been there?  The moment I walked through the doors, I was lost.  There were so many halls and numbered rooms, glass from floor to ceiling with only a curtain to stretch across to protect the inside from prying eyes.  It always makes me feel odd to walk those halls with, obviously, no clue where I am going and have people who know, obviously, that I have no clue where I’m going and yet just pass me by.

After wandering around for a bit, I found my sister in a room with the date of 1/3/2012 on the dry erase board on the wall.   She was lying flat of her back with a cervical collar snugly in place, the wires going in every direction and quite unhappy with the whole situation.  She wasn’t on a backboard and the way she kept moving about, I figured she was ok, otherwise, she would have been somewhat restrained.

More than an hour passed and she asked to go to the bathroom.  She was told she was not allowed to get up but that she could use the bedpan.  She looked at the nurse as though she had suddenly blurted out a mouthful of profanity.  No thank you was the response to the bedpan.  And time passed.  The Xrays that were supposed to have been back nearly an hour before were not.  My sister’s allowance to get out of bed hinged on the results of those Xrays.  If she could get out of bed, she could get to the bathroom.  And time passed.  Finally, my prissy sister decided that she really had no choice but to ask for a bedpan.  It seemed to be an uneventful and successful undertaking until a few moments later, when she asked me “is this bed wet?”.   I burst out laughing.  I simply could not help myself.  I’m not proud of it, but simply had no control over it.  Later, we all laughed about it because not only does my sister know she’s prissy, she’s proud of it.  I’m just glad everyone is, although sore and creaky, unharmed.  Thank God. 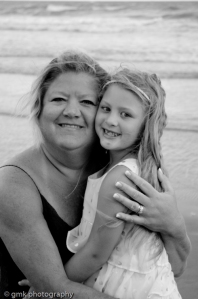