I am just as at home everywhere …

as I am in only one place.  As I look over the past several years and think of the places I’ve visited, it occurs to me that the short stay I had in those various cities and towns, in the air and on the roads simply wasn’t enough.  I needed more time.  Weeks.  Months.  Not just days.  There were things I didn’t have time to experience, time I wasn’t able to spend wandering around in and absorbing that which, although unfamiliar, was as familiar to me as my own backyard; people I didn’t get to meet and sit down with.  There was food I didn’t get to taste and sheer beauty, of which, I wasn’t able to become a part.

I suppose such words are those that only one with wanderlust can understand.  Everywhere feels like home, at least for a time.  The people are different but so similar, the air smells different, but is, again, essentially the same.  The roads all lead somewhere, the sun rises, the sun sets, the moon shines, the stars twinkle and even though I haven’t actually seen it yet, I know it is will be beautiful.  There really isn’t anywhere on earth that I can think of that I could lay my head and not, at least for a bit of time, feel at home.

Last night, I started driving for no other reason than to be somewhere other than where I was.  I was driving West.  No radio.  No sound at all except my wheels on the road and the thoughts in my head.  It was very cathartic.  After about one hundred miles, though, instead of continuing on until I came to another ocean, I turned around and headed from whence I had come.  It wasn’t my time to go; not yet.  While my family and friends are perplexed by my consuming need to go, I know in my heart that there will come a time that I will leave them.  It won’t be easy, but it will be necessary if I am to fulfill what has been predestined for me.

That sounds so mystical, but it isn’t.  I have dreamed of it my entire life.  There is nothing mystical about hoping to see a life-long dream fulfilled.  I sometimes feel selfish when I think this way, but I have to remind myself that there will be no one else to live the dreams I dream; no one but myself.  I will follow the will of my Father God where His wind takes me and I will do my very best to honor Him no matter where I lay my head.

There are so many places I want to go; some I’ve already been and want to go back again.  I don’t care, really, if I have a place, other my car, to rest when I get weary.  Where I stay is the least of my concerns; what I see, though, well, now, that’s a different story altogether.  It isn’t that I’m not content where I am, it is simply that there is still so much of creation that I want to see.  No, that isn’t right. If I only wanted to see it, then it would just be a passing thing.  I need to see it.  To feel it. To breathe it.  To taste it.  To touch it.  To stand in it; whatever “it” may be.  And need surpasses want on every level.

I consider the people of the world to be my family and friends.  I don’t think of them in colors, religions or nationalities.  They are just people.  We are not, in our hearts and dreams, dissimilar.  I suppose some of my optimism spills over into what I perceive the world to be, but at the end of the day, I need to know, to learn, to experience.  I want to see for myself and not rely on the eyes of another to mold my perceptions; not live vicariously through the stories that have been told.

There will come a time, if God wills it, that the places of my dreams will become places of my reality.  I can wait, for nothing  truly worth waiting for is time wasted. 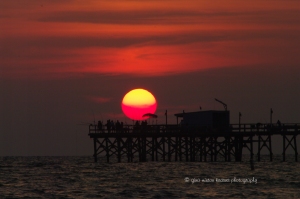 Proverbs 3:6 ~   in all your ways acknowledge Him, and He will make your paths straight.