If you are on welfare …

you are worthless.  Worthless.  How sad is it that, in a country where the poverty level is well above what it should be and people work as hard as they can but can’t feed their family are considered outcasts.  The very lowest of the low, the sewer of humanity.  These kinds of judgements can only come from those who have never found themselves in a place that leaves them with no choice but to depend on someone to help them.  I do not even try to speak for everyone who has found themselves in the welfare system, only myself, and I find it to be very hurtful to know that instead of prayers for improvement, I found only shame and humiliation.  There is nothing worse than being in the grocery line and having to present the cashier with food stamps.  The look is always the same.  A frowning look that says I am mooching off of everyone else who works for a living.  Well, listen up, folks.  I was working for a living, but was somehow unable to provide food for my daughter.  I could have taken up a life of crime or prostitution, but it seemed to be more in line with my beliefs to call on help from others.  I never once presented the food stamps at any store when the cashier didn’t find some reason to make it public that I was a loser, a freeloader and someone to be chastised to need help.

It shouldn’t be shameful to need help and it should not cause humiliation to ask for it.  As with any other system in the world, there will be people who abuse it, but in the grand scheme of things, I like to think that folks are doing the best they can.  Just because you haven’t found yourself out of work, widowed or devastated by an accident or injury does not give you the right to be judge an jury.  Not all things fit into a single, four-sided box.  It is not possible to know what one person experiences unless you take the time to ask, or better yet, walk a ways with them to see what they experience in a single day.

I see people every day who have to decide whether they will buy food or pay for medications that will keep them from dying.  They have to choose whether to pay their electric bill and have heat or buy food for their family.  It makes me angry to think that in a country as rich as the one we live in that here are many who will die themselves because they chose to spend their money on food for their children than to be ostracized for applying for food stamps.  It makes me angry to know that people who call themselves “Christians” turn their back on people in need just because they decide to judge them by their own standards.

When Jesus spent time with the people, he didn’t spend it with the ones who could afford everything they needed.  He spent it with the hurting, the desperate, the poor, the sick and the outcasts.  It pleases me to know, that were I alive in Jesus’ time, He would have spent time with me.

Romans 14:22 ~ Have you faith? have it to yourself before God. Happy is he that condemns not himself in that thing which he allows.

In the late spring, early summer of 2012, my daughter, a member of the UVA-Wise Highland Cavalier Marching Band, is going to Paris.  I am blown away by this and plan to give her all the financial help I can so that she will be able to go.  On my own, I cannot afford to pay for us both to go.  While I have a passport and have had the wanderlust for so long I can no longer remember when it started, I am struggling with the notion that I might not get to go.  It isn’t jealousy or envy, for I couldn’t be more happy that our Tay gets to go on such an amazingly incredible adventure.  No, it is the photographer in me that wants to see.  That needs to see.  That longs to see.  One of my most constant prayers has been to ask that my photography enable me to travel.  That greeting cards would allow me to go places that I’ve only dreamed of and to visit each place, across the globe, where my cards have sold.  When I pray, what I see is being able to just jump in my car or on a plane and go wherever, whenever, with only a few changes of clothes, my camera, my phone, my laptop and my tripod … just any old time and for as long as I want.  While I believe in my heart that such will happen eventually, as it was God who set me on the path of photography in the first place, and so I feel very strongly that it is He who has put this wanderlust in my heart, I have no doubt that photography will take me where I am meant to go.  I am hoping that it will take me to Paris.  I have a specific destination, besides Ardmore in County Waterford, Ireland, to pray about.  So I am praying specifically this time.  I am praying that the money I make on my greeting cards in the last quarter of the year, September through December will take me to Paris.  While I wish that hundreds of thousands of people would share this and would talk up Through the Eyes of the Spirit, I leave it to the Father, who already knows how it will end.

To check out the greeting cards, click the photo below to open Through the Eyes of the Spirit in a new window.  If you feel led to do so, share the link with friends and family.  God is in control, but your support and encouragement is appreciated.  While everyone may not understand the need to go and to see, some will.  As for me, being accepted, even when I’m not understood, is priceless. 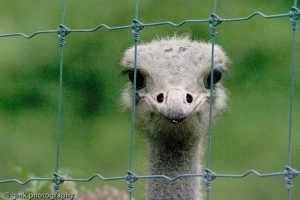