Social media.  One of the best things, in my opinion, since sliced bread.  I love being able to connect to people all over the world as well as the ones in my own back yard, see what they are up to and give them a little glimpse into my life.  Do they care?  Yeah.  I think they do … at least some of them, anyway.  Of course, it is a lot like everything else in life in that we all want everyone to like us, but reality is a real killjoy.  And like life, some people will like the content that is posted, some won’t and others will be either indifferent or oblivious.  I know when I tweet, Google+ or Facebook something, there is a chance that somebody will read it, relate to it, laugh at it, cry over it, get their back up about it, come to my defense for it, rally for a cause or just pass it along because for whatever reason, they found it interesting.  When they do, they are passing along a little piece of me.  And I want that little piece to represent who I am, what I believe and the things I stand for so that at the end of the day, I know that I have been true to myself.  Same goes for the things of others that I pass along on what started out as a grapevine but has grown into a vineyard that has branches all over the globe.  Look at your own activity.  Do you re-tweet, share or +1 everything you read?  Of course not.  If we all liked everything that everyone else wrote, and they liked everything we wrote, then that would mean that we were all alike and I, personally, would not want to live in a world full of people just like me.  We would brain each other with a hammer inside of a week.  No thanks.

A dance with shadow and light

On this past Fourth of July weekend, while many folks were out and about boating, traveling, vacationing and watching fireworks, I was walking a beat in the middle of the countryside, immersing myself in a life that I knew absolutely nothing about.  Although color and vibrancy is expected to surface on a holiday such as Independence Day, with the flag flying and fireworks blasting, there was more to what I was seeing than just color.   A wise man once told me that no photograph that is about color should be developed in black and white.  I’ve held onto that advice and have learned along the way that sometimes an image is about color…  And sometimes it’s not.  The ones I was looking for were about light and shadow and I was not disappointed. 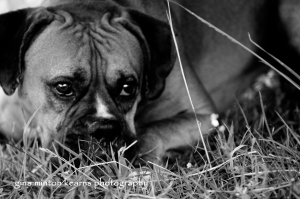 So while the rest of the country was caught up in the celebration of freedom, I found myself caught up in the lives that live under the beauty of that freedom.  I spent the Holiday weekend with a bunch of rough, cigarette smoking, tobacco chewing men, tough, driven women, brave 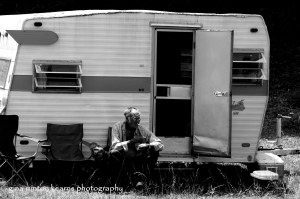 kids of varying ages and a myriad of horses, mules and dogs.  A small group they were, but nonetheless, an interesting bunch of people who held a common interest.  On this particular weekend, they brought their campers, horse trailers, wagons, bridles, saddles, grills, tables and vittles and set up camp.  In a flat piece of bottom land in Scott County, VA, what was just a bare place became a starting point for the week ahead.  Each day, beginning on Independence Day, the riders planned to mount their horses or mules and the wagon masters to hook their equines to their wagons and take off for the day.  There was friendship alongside friendly rivalry, but at the root, there was a love of something that bonded like glue.  Photographs can only take me so far and without the intimate knowledge of how a group of people thrive together, the story stops at the image. 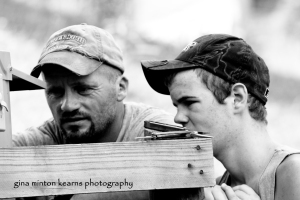 When I first showed up with my camera in hand, there were, as expected, some curious glances and several “who is that” questions mouthed amongst themselves.  A close knit group who didn’t have the time or inclination to entertain outsiders, especially ones who knew little to nothing about horses or riding, they were leery of a strange woman with a camera.  I was

fortunate enough to have an invitation to this event and was, after a few hours, accepted as part of the gang.  My main goal, secondary to photographing the happenings in and around the camp, was staying out of the way.  I asked questions when there was something I didn’t know, and kept my eyes open for anything that could be used to document what these people were about.  Though there was plenty of coming and going, I was drawn, not inexplicably, to the lined faces of the older men, the laughing smiles of the children and the

character of the animals.  Shadows, shades, contrasts and light have always fascinated me and here, with these people, there was no shortage of real life happening right before my eyes.  No one posed for photographs or changed their habits in the event that they might find themselves caught on film.  They did what they had come to do and paid little mind to the gal with the camera around her neck.  After three days trolling the bottom field in the hot sun, I had a “tog tat” around my neck in the outline of my camera strap and a collage of photographs that reminded 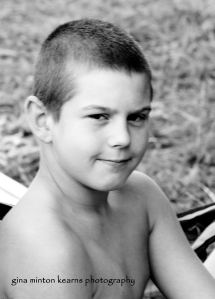 me, as I developed the RAW files in Lightroom, why it is that I so love being a photographer.  In each face, line, smile, grimace, frown and laugh, there was evidence of a Creator who is able to take the same features and make them different millions of times over.  I am thankful for the opportunity to, for just a little while in a span of time, be a part of something that previously had been foreign to me.  These people work hard, live hard and play hard.  They have lives outside of the wagon train, but for this stretch of days, they come together to share what they love. 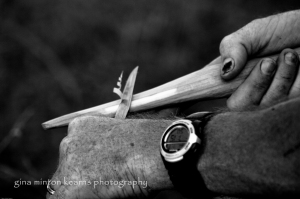 And this time, I was allowed to be a part of it.  So to those who made these images possible by doing what they do and being what they are, I am grateful, for without a subject, be it human, animal or nature, a photographer is just a person with a gadget hanging around their neck. I don’t want to sit by as life happens around me and let lessons that I could have learned pass me by.  I don’t want to regret not learning what makes people tick, what makes them laugh or cry and what makes them want to work so hard to accomplish something.  I don’t want to let the colors in the world blind me to the brilliance of shadow and light.  I want to be more than just a gadget rack.