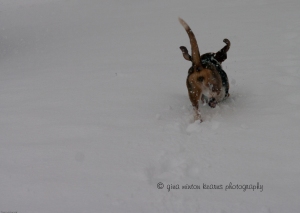 days like today are off the charts on the  list of experiences that I don’t want to miss.  It was simply my good fortune that the company I work for decided to open on a delayed schedule, giving me two extra hours.  Two extra hours on a bright, sunny, blue-skied morning that followed on the heels of a big, heavy snow.  As I look out my windows, I see that overnight, the entire world has been turned into a painting and I, being mortal, have it in my mind that I’m going to try to capture it; freeze it as it looks to me.  Hoping to do it justice.

I know when I’ve nailed a shot.  I don’t know a photographer who doesn’t.  Ansel Adams was quoted as saying “Sometimes I get there just at the moment God wants someone to click the shutter”.  He knew. That moment the shutter snaps, I am without doubt that even if nothing else I have shot the entire day satisfies me, this one shot will make every minute worth it. 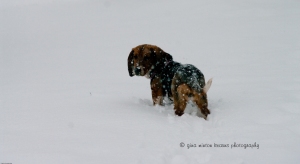 There isn’t always “that shot”, though.  Some days, there is a handful of mediocre photographs and nothing that stands out.  There isn’t that one; the image that is full of words and in the words within the image, beauty.  That’s what I strive for, what I aspire to do; at times, it is all I can think about.   If only there was more time. 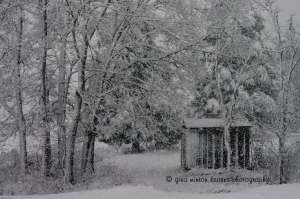 This day, the epitome of a winter morning, the kind of day I fantasize about; today, pure and simply, leaves me speechless.  Let the images speak for themselves. 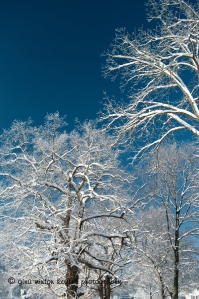 doesn’t mean any less to me now than when I was kid finding out that school was out for snow, again.  While I could sleep in for a while, I was digging, instead, through my toboggans and gloves, finding a coat and locating my boots.  I knew, without even looking, that my friends were already gathering at the sledding hill.

The hill was very big and very steep and rather rocky in places.  It made for an interesting ride to the bottom on a sled, a plastic bag or an old tire.  Before long, the neighborhood moms and dads would build a bonfire and start the process of making gallons of hot chocolate.  Some with marshmallows, but as far as I’m concerned, there is no better way to ruin a good cup of hot chocolate than putting marshmallows in it.

Afterwards, when we were all frozen to the bone and caked with snow and ice, we’d head home, discard our wet clothes and stand in front of the wood-burning stove to warm up.  The smell of mom’s homemade stew would be thick in the air and life, at that moment, couldn’t possibly be any better.

It was a rarity, in the elementary school years, to go to school the entire month of January.  During January, that was a wonderful thing, as there is nothing quite so wonderful as finding out school is closed due to snow.  The wonderful part came to a halting stop soon enough, though.  In the spring, when the trees were budding and the weekend weather was perfect for riding bikes, skating and just being outdoors, the repercussions came.  School on Saturday.

What better way to torture a kid than to make them go to school on Saturday. I still have flashbacks of being in the classroom before eight am with a teacher who would rather be sticking needles in their eyes than to be there with us.  It was, after all, their Saturday, too.  It was bad, but not bad enough to regret the snow days.  Those are memories that I wouldn’t trade for anything.  I’ve just now come from outside where I held my face Heavenward and let the snowflakes fall on my tongue.  Being a grown up doesn’t change a thing; I still love a snow day.