was in the mood to play.  This has been one of those rare spaces of time that I live for.  Moments that move me past my everyday life and touch the very core of that which makes me who I am.  A time when emotions show themselves and then are pushed aside as the sheer joy of  music fills my spirit.  Before tonight, I didn’t realize how low my Spirit was feeling.  Putting on a smile for the onlookers is easy.  Those who don’t know what they are looking at take it at face value.  I had begun to almost believe it as well.  Until tonight.

I got all jazzed up and found that I was only going through the motions at the employee Christmas party.  Afterward, however, was the turning point of the evening.  I stopped by the house of two of my dearest friends. There was laughter, friendship and camaraderie that one can only get from those they are closest to.  And then the offer came.  The offer to listen as he played the piano.  After the first song, I simply burst into tears and was moved so deeply as they ran, unashamedly,  down my face.  It was as if the notes on the page weren’t there at all, such was the depth of the music.  I found myself feeling freed of every negative thought that was swirling in my mind.  The profoundness of the notes were so moving that my Spirit had no choice but to open itself, becoming released from burdens and sadness that I had not really, until then, been aware were there.

I felt transcended; removed from time and space .  There was nothing in my world at that moment but the musician and the music he made; his hands flying over the keys, the sound touching me intimately,  stimulating every cell in my body.  I felt awakened and content; calmness and exhilaration blending to become an emotion of its own.  Thoughts that had filled my head for days and weeks were swept away, leaving nothing but the serenity of hearing such brilliance being played in my presence.

It is hard to explain what the sound of a piano does to me.  It makes me feel breathless and full of something so wonderful that the world can’t touch. I consider myself immensely blessed to have a piano man in my life; and am thankful beyond what I have the capacity to relay in mere words that he plays for me.  I suppose it isn’t really for me, but for himself, but I like to think it’s for me because he knows I love it so.  Thank you, my friend, for sharing your gift with me.  I am richer now than I was only a few hours ago because you took me somewhere so ethereal that even my vivid and encompassing imagination has a hard time comprehending it.

Even as I write this post, the rain is beginning to fall.  I can now say, without reservation or hesitation that this has, without a doubt, been the best evening I’ve had in a very long time. 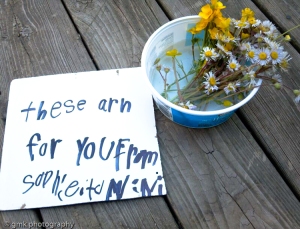 Isaiah 55:12 ~ You will go out in joy and be led forth in peace; the mountains and hills will burst into song before you, and all the trees of the field will clap their hands.