Sometimes dad is just a word 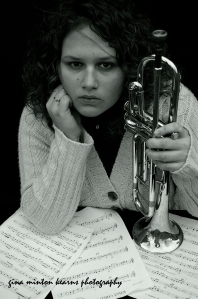 I look at my beautiful, grown, college attending daughter and I can scarcely believe that she is mine.  A blessing she is, with a big and seeking heart, brains and a musical talent that I can say, without reservations, she did not get from me.  Her life, in the grand scheme of things, is just beginning and she is on the cusp of adulthood.  But her journey to get here wasn’t an easy one.  She has faced many obstacles in her short time on earth, each one causing what could have been life-shattering circumstances.  But, like the Phoenix, she continued to rise above that which threatened to consume her.  When she was only four, her dad walked out and never looked back.  She was a senior in high school when she next heard from him.  To his credit, he came to her high school graduation, but that is a small consolation when considering all he has missed, and inconsequential in the formation of the astounding person she has become.

As often happens with people, especially children, when they haven’t seen someone in a very long time, she was expecting something amazing.  I guess in her mind, he would still be young, strong and the daddy she so adored.  Instead, she found an older man who was a complete stranger to her.  There was nothing to talk about.  There were no birthdays to reminisce about, no past Christmases to remember and no bond between father and daughter to hold them together. They had nothing, other than blood, to connect them.  While she tried to make small talk and get to know this stranger, the years between the last time she saw him and the present became a chasm that was too wide to cross.  If there had been a desire to cross it, it could have been navigated, but that desire to reconcile must work both ways.  Sometimes, all you can do is let it go.

It is impossible to write this post without thinking of my own dad.  He who worked his whole life just so myself, my sister and my mom could have a better life.  There were summer vacations, surprise Christmas presents, Sunday mornings in church, trips to the lake, rides on the boat, love and punishment meted out fairly and the knowledge that this wonderful, strong man would be there, no matter what.  He didn’t stop there, though.  He became a surrogate father to my girl, giving her the male influence that she otherwise would have not had.  He cheered her on and supported her, grinning just as big as the rest of us at every accomplishment.

When I look at my dad now, surrounded by his grandchildren that bring him immeasurable joy, I think how different life would have been if he had not been such a integral part of it.  My heart goes out to children all of the world who have had to grow up in a fatherless home with the weight of the knowledge that he isn’t there because they just weren’t enough to make him want to stay.  Some of them will overcome the obstacles and others will join the ranks of addicts, criminals and the overwhelmingly confused.  I am one of the lucky ones and I thank God that I had a father who stuck around even though there were likely times when all he wanted to do was run away.  Seeing what I see and knowing what I know, I congratulate and encourage dads everywhere who stick around because their kids are worth it.  I can promise, based on my own experiences and those I watched my baby go through, it may be hard but in the end, it will absolutely be worth it.

The biological father of my daughter wasn’t, when all was said and done, a bad person, but he was, without doubt, a bad father.  He’s not the only one and he certainly won’t be the last one.  It just goes to show that sometimes, dad is just a word.