Sometimes, it’s all in the details

When I look back on the details of my life through images of the people and places, nature and creation, caught on a little 110, then onto 35mm film and finally, to a digital media card, I get a little bewildered that there are so many.    Traveling back, through the recesses of my memory, there are lots of details I remember and tens times that, I’m certain, I have forgotten.    Some little thing that stuck in my mind because it either brought me unspeakable joy or unbearable sorrow and was burned deep into the recesses of the millions of things that are stored in my mind.  The moment when my daughter’s eyes first locked onto mine and held them, as though she were reading my mind… I have no idea what day or time it was, but that moment will be with me always.  Or perhaps the day when the conviction of Christ was more than I could live with and I gave my life, willingly, to Him and the devastation later, when I tried to take it back.  Along the roads of my life, mixed in with the blooms, were briars with razor sharp barbs, that left their mark as well.  I wonder, sometimes, if I didn’t learn more from the briars than the blooms… 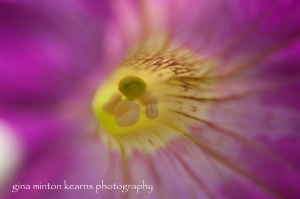 But details were something that I really hadn’t given a lot of thought to until I seriously decided that all I wanted to be for the rest of my life was a photographer.  I started critiquing every photograph I took, played with the settings, went out at different times of the day to see what the same thing looked like with the sun in different positions.  It never even occurred to me at the time that I was learning to chase the light, urging it to bring something out that wasn’t there before.  Some small detail that, if it were only glanced at, would be missed.  I decided that if I wanted a better picture, I had to get closer.  So I started closing in.  Noticing what was around what I wanted to photograph.   I eliminated clutter by changing angles or moving around to get stuff out of the frame.  I didn’t realize it then, but I was learning to compose photographs.  But the more I did it, the more aware I became of the details.  They became more than just an image and started provoking emotions that I’m not sure I had felt from photography before.  I felt led to follow this fascination I had found and was, with practice, getting better at. The details of the art of photography were within my grasp when I lost what little there was of my mind and practically ran away from home to a place I had only visited a couple of times.  I threw everything I could carry into  an old duffel bag that Dad had kept after leaving the Air Force.  It wouldn’t hold everything, but it held the important things.

After knocking around there for about five years, I came home with a daughter, a husband, a beat up point and shoot camera and barely a dime to my name.  I had no choice but to work, and work I did.  Not too long after moving back home and getting into a place of our own, a cozy little trailer in a deadly curve, but with a big back yard for little girls and dogs to play in, my husband left my daughter and me.  He just decided one day that I wasn’t what he wanted and our daughter wasn’t important enough to stay for.  Without that income, I had to work more.  I took photos every chance I could, but there was no money to develop them.  I took them anyway, saving the rolls for when I could afford it.  My dream had been to take and develop my own photographs, but I couldn’t afford to develop three rolls through a mail order photo company… there wasn’t a chance that I could even begin to get to the place where I could develop my own photographs.  But, I kept on taking them anyway.  Of people, things, of reflections and lazy things.  I developed the rolls when I could and the rest of the time, I just let them collect until I could get them developed.

As the evolution of photography took a turn toward digital and digital cameras were the new best thing, I scoffed at them.  There was no way I was giving up my film.  I had graduated from the point and shoot and was now using my Dad’s old beat up Pentax SLR.  No way that is, until years after… Time passed, as it tends to do and I met and married my second husband, Jim.  A  wonderful man, was Jim, who seemed to know all the secret things about me before I even told him and didn’t hold a single one of them against me.  For Christmas the first year after we were married, he gave me a digital camera.  It was a life-changing event for me.  Needless to say, it was a simple point and shoot camera.  I have no clue as to whether there were digital SLR cameras available at that time, and it wouldn’t have mattered anyway.  This one was well out of our budget, just as it were.  So, just like with the 110 I started shooting with in third grade, I began my thirties, now somewhat settled, with a Fuji digital camera. Early on, when I was first experimenting with photography, I kept a notebook of times, places, camera settings and other things essential for a photographer to keep a record of.  That notebook, along with the albums of my daughter’s first two years, disappeared somewhere along the way.  I can understand how, at that time, I could have lost the notebooks, but I still mourn the loss of those albums.  All I have of those two years are the details, both good and bad, that burned into my memory.  I delved into photography with a passion and grasp that, over the years, had become honed when I wasn’t aware.   I became drawn to nature and people, to the things they do for fun and how they share their lives.  Each year, at my parents’ farm, the whole family from all over, well many of them anyway, gather together for a family reunion.  It has become a tradition of sorts that there be music on Friday nights.  Cousins from further up in Virginia come down and bring their wives, their children, their banjo, guitar and fiddle.  And they play, some of it good, some of it tolerable and some of it that leaves you wondering how many times they will sing that particular chorus.. And no matter who comes with them, I am always drawn to Bill.  Bill plays the fiddle with 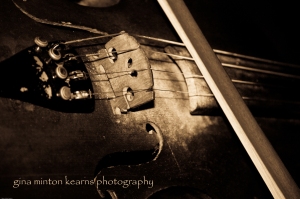 the kind of touch you would expect a mother to give a child.  He can make it laugh or cry or shout with anger.  It amazes me that I know someone with something so  deep and beautiful inside themselves.  The strings, while he plays, quiver and sing, glistening in the porch light or, if we’re lucky, a full moon.  While he doesn’t object to my taking his photograph, I know he doesn’t like it, so I keep those photos in my own personal gallery so I can see the lined face and the stark blue of aging eyes that wear the marks of a man who has worked hard all his life.   And because time had nothing else to do, it continued to pass.  I saved and scrimped until I could barely afford a DSLR.  It was a Pentax that I found online and believing that this was part of my destiny, I didn’t hesitate.  I had to photograph and I had to write, two things that I had buried during what I have come to call the lost years.  I felt, as I had many years ago, compelled to follow this thread.  God took that camera and He took me and He used us together for His purpose.  For years, I knocked it around both at home and on trips that I was blessed to take.  I wasn’t getting paid a cent for any of the photographs, but I couldn’t stop taking them anymore than I could stop breathing.  The sheer joy of snapping those images was intoxicating and I didn’t want to stop.

I took thousands of photographs and became more and more critical.  I began actively searching for the details.  In looking for the details in photography, I had no choice but to see the details of my life and the lives of those I interacted with.  In getting closer, those parts that were hidden were more vulnerable and closer to the surface.  The tiny markings on a beetle, the first leaves in the spring garden, my daddy’s hands and my mother’s smile, tears, tantrums, animal tricks, an anthill, the color of the sun reflecting off a pooled place in the mountain stream, my sister’s children… whatever came into my path, whatever path I crossed.  As I continued on the journey, I became closer to the God I had all but abandoned.  My relationship with Christ began to strengthen and I found faith I didn’t know I had.  Jim and I prayed each night, taking turns about, and it was a truly profound experience, praying with the man who loved me like sunshine and rainbows.  His encouragement had as much to do with me following through on this dream that I had all but buried as just about anything or anyone else I had ever known.  He never stopped believing in me, not once.  I came home on a beautiful October day to find that he was gone.  His beautiful spirit flying free and another memory was burned, searing, into my brain.  I went for days without taking a single photograph of anything, but my love for it and knowing how much he wanted it for me won out and I picked up my camera again.  Since that heart-wrenching day, God has brought me many incredible experiences, but, perhaps the most profound experience, short of giving my life to Christ, was knowing that He cared enough about me to encourage me, in Jim’s place, with a photograph, taken two weeks after Jim was buried, that still blows my mind.  It reminded me that no detail is too small.  That there was no chance too risky if it is the only thing that stands between me and God and I learned that, through His grace, I did have the faith and the strength to follow Him wherever He led me to go.  Take from this photograph what you will. I took away closure, renewed faith and a profound feeling of being loved.  When I asked my sister if she thought that, if just for a moment, I hadn’t been so focused on the bees and blooms, that I would have noticed Jim standing there.  She said “maybe you would have, but you would have talked yourself out of it before you left the parking lot”.   She was right.  As life goes on, one thing remains constant… No matter what I see, where I go or what I do, sometimes, it is all in the details.